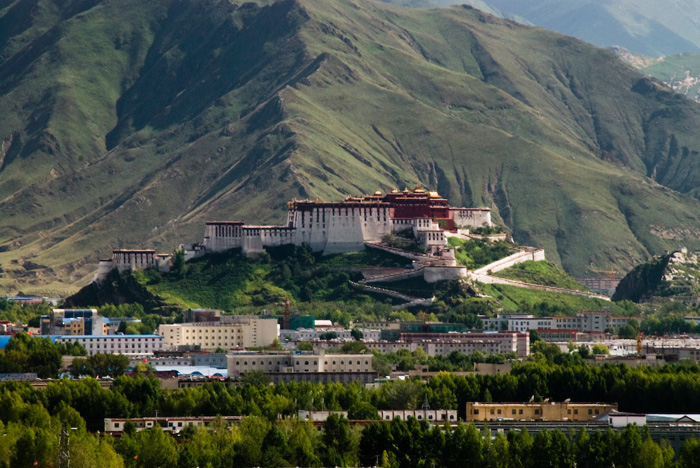 Fundamentally undiscovered position is brightness up by incalculable consecrated locations of Buddhist and is together with this through the grand Himalayan peaks, jointly by the northern features of Mount Everest. Lhasa Tour is encountered as admirable understanding and endeavor that tenders engraving its recollections for tomorrow.
Lhasa Tour is consequently accepted as factual as the picture of the globe where highest figure of visitors are enthusiastic to visit Lhasa. What is more suitable for its solitude or also its rousing legacy which were put up from several thousand years, its mores and principle? Press in massive sequence of Mountain to the Northern part and Southern face, situated on the banks of gorgeous Lhasa River, nice-looking Lhasa is branded as the capital city of Tibet with self-governing Region, the heart for Tibetan politics and economy defines the magnitude of Lhasa Tour. So, Lhasa Tour is an appropriate target to get pleasure from the short day’s tour.

Lhasa Tour pulls towards several adventure lovers due to the inspiring and glorious Tibetan construction, Tibetan customs and sole conventional set of clothes. Lhasa Tours highlights many awe-inspiring and sacred magnetism resembling Potala Palace, Namtso and Jokhang Temple, which are incorporated in designed itineraries for only Lhasa Tour.

Attractions: Norbulingkha, Potala Palace, Sera Monastery, Jokhang Temple and Barkhor Market.
Day 01: Arrive in TIA, Kathmandu and flight to Lhasa
On the first day of Lhasa Tour you will inward in the Tribhuvan International Airport, Kathmandu. Arriving in the airport you will be well-known with the detail itineraries. As per the itineraries you will take a flight to Lhasa. Completing the flight, you will be welcome by the representative staff who then will take you to the hotel. Stay overnight at hotel.

Day 02 and 03: Sightseeing in Lhasa
These 2 days are vital days for you as sightseeing in Lhasa will be carried out. Sightseeing in Lhasa begins from Sera Monastery and Drepung Monastery. Afterward, you will stay in additional noteworthy destinations akin to Potola Palace and Jokhang temple conuming hour of drive. Jokhang temple will help to revisit 1,300 years backside into the pious world and which is assumed as the midpoint for holy place of Tibet. Separately on or after those spots you will all set to stopover at Norbulingka, with recreation saunter at Barkhor Street. It is positioned in the center of Lhasa revolving Jokhang temple. Stay overnight at hotel.

Day 04: Departure!!!!
On the final day of Lhasa tour you will take to Gonggar Airport. From the airport you will catch the flight which will take you to Kathmandu. Incoming at Tribhuvan International Airport, Kathmandu, you will return your hometown.
If the mentioned date is not favorable in your case then please contact us and we will happily customize your trip on dates more appropriate for you.
The given prices are per person and exclude international flights. Given below are the departure dates available for online booking. Well Adventure Tours & Travels also organizes trips on small groups. We also love to customize your trip as your choice. So we recommend you to reserve a seat for yourself by booking with us right away. Don’t be late! It is your turn for adventure in life.

Why Travel With Us ?

Financial Protection
We are the government authorized travel and tour Operator Company. We are registered in Tourism and Civil Aviation Department, Nepal Tourism Board, Industry Department, Company Registration Office .

There are so many treks in Nepal, i suggest staying away from the well trodden and heading into the areas less frequented. Some of my best times were walking back down through the upper mustang. For three days i didn't...

I always had strong desire to conquer those peaks, or at least see them, when i see those, i found it astonishing seriously those are masterpiece of nature. And i love the service provided by the well adventure...

Pokhara, situated in central Nepal, is nestled in region of awesome natural beauty. The valley...